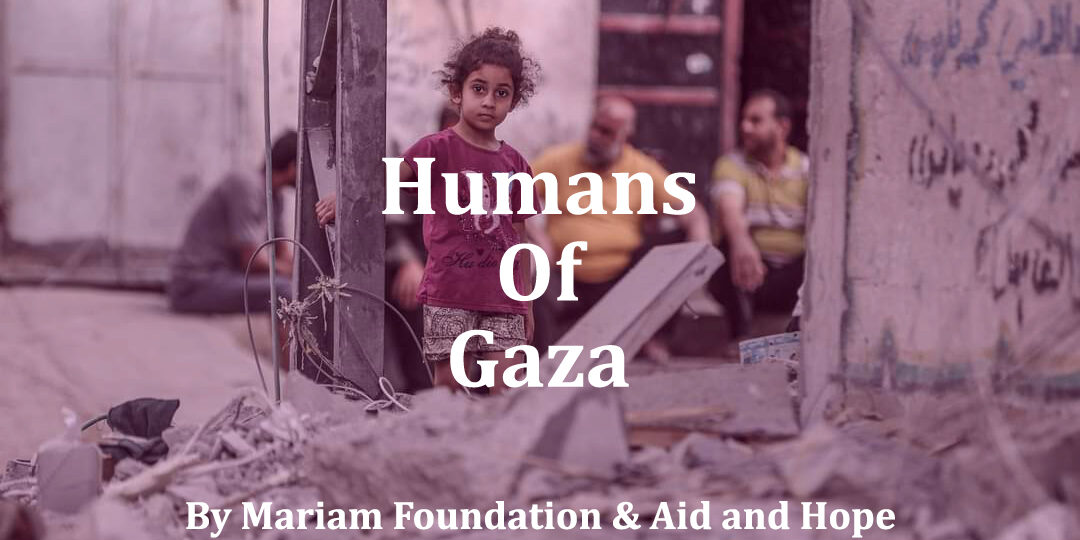 Mariam Foundation announces a new project with its ambassadors in Gaza of the Aid and Hope Program, shedding a light on Gazan cancer patients stories and to tell their reality to the world during the ongoing war.

Gaza under attack stories; war 2021.
Today, I was supposed to take my chemo session just like any other patient who’s following their treatment protocol. Yet, being in Gaza means having to suffer and wait in order to be treated. A while ago, I took my chemo session a month and half after its due date thanks to the lack of medicine in Gaza. The longer it takes for me to take the treatment, the worse my condition gets and the faster cancer spreads its poison through my veins. The war, the bombing everywhere and the inhibited streets hindered me from taking my chemo session today. Hence, we are sentenced to death, not even knowing when will our time be. Oh, Allah, can you hear the whining of my voice? Can you hear the faded beats of my heart begging you for help? When will this nightmare end? When will we live safe and sound peacefully? When? I do not fear dying because of cancer as much as I am terrified of losing one of my beloved souls. I am filled with enormous and overwhelming pain that slowly amputates a part of my soul every day.

Who is Aya?
Aya is a cancer patient fighter. She was diagnosed with cancer at the age of 30, during her volunteering activities at the campaigns of Aid and Hope. Yet, that was not her first-time facing cancer. Aya’s mum -may her soul rest in peace- passed away due to cancer when Aya was only 11 years old. Aya learned the real meaning of losing someone you love at a very young age, cancer orphaned Aya. The first time she faced cancer as a daughter, then she faced it for the second time three years ago as a mother when her kid, Baraa, was diagnosed with leukemia. Hence, making ‘‘cancer’’ the spelling of ‘‘pain’’ for her. Until now, when war came into the picture, and created a second meaning of pain for her. Guess what? Despite all the agony, Aya is a fighter, a strong fighter, who did not give up, and always believed in the light at the end of the tunnel
Eman Shannan